Thoughts From The Parents of a CRPS/RSD Warrior

Written by John and Mary Ann Schildt for the RSDSA blog. 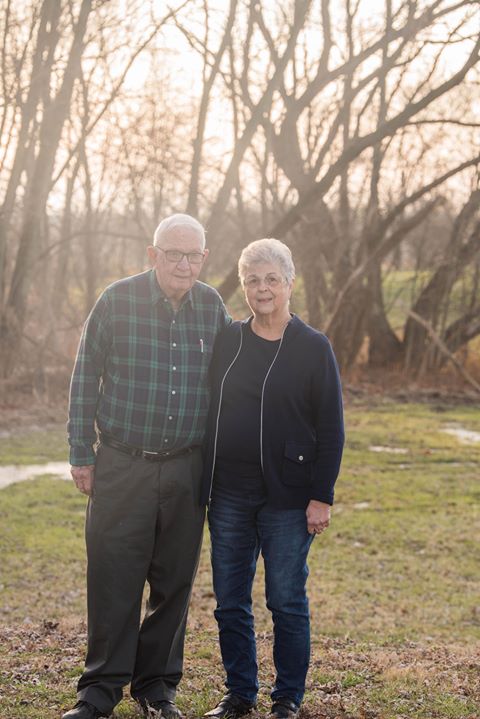 It was a day like all days, but one that would change our lives forever. Our daughter was a freshman music therapy major at Shenandoah University in Winchester, Virginia. On February 12, 1990 she called us about extreme pain in her right hand/wrist. There was surgery for what was thought to be carpal tunnel. However, it was not carpal tunnel at all. In April of 1990, we received the dreaded diagnosis of RSD or Reflex Sympathetic Dystrophy. It was the beginning of a pain that does not go away just like a fire that continues to smolder and burn.

Thus began a thirty year journey of suffering for Shannon as well as our family. She suffered the physical pain; however, we experienced the pain of seeing our daughter suffer and not being able to help her, thus the emotional pain for us.

The years have brought endless trips to doctors and hospitals. The trips began with the first surgery in Winchester, followed by trips to Johns Hopkins, Thomas Jefferson Hospital in Philadelphia, the Cleveland Clinic, Georgetown as well as many others. Shannon became a walking pharmacy as various medications were tried. We stopped counting the number of surgeries as well as medications. She has continued to receive nerve blocks in an attempt to still the fire as the RSD rages on and we continue to suffer.

Like the number of surgeries, we stopped counting the financial cost when we hit the million dollar mark.  The pain and cost continue to rage.

In addition to medical bills, there has been the loss of a young woman’s social and work life. Plans would be made for movies, picnics, vacations and one of her big joys, Broadway shows, only to be cancelled due to the extreme pain and fatigue.

Shannon never believed in not working. She gave all she could at work no matter how severe her pain was. She worked in medical billing and transcription for as long as she could. She then began her “Dream Job” of working for an insurance company where she could learn new skills as well as use the lessons she learned being a patient. She thankfully also had the opportunity to work from home. There were many times Shannon could not drive to work due to the intensity of the storm raging in her legs even though work was not far from home (30-50 minutes one way).  At one point, there was a new position that was being created and it would have been perfect for Shannon. She got in touch with the managers and expressed her interest.  The one kicker is she would be going out on medical leave, but she would be returning mid to late January.  Of course, the best laid plans sometimes do not turn out the way we want them. 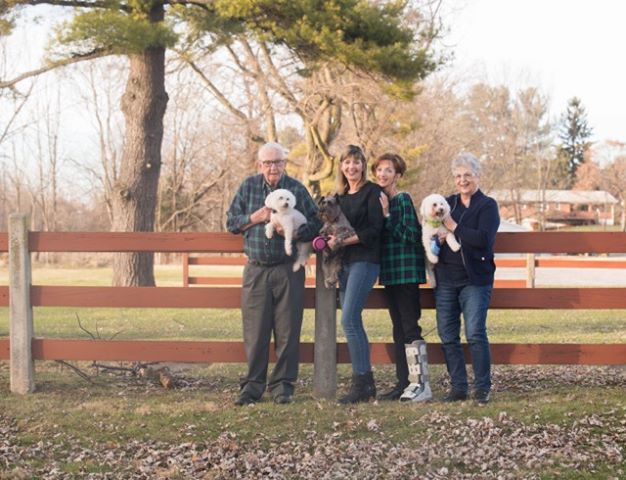 December 1, 2017 was the last day she worked. There would be no returning to work or posting for her dream job.  We thought she would be off for four to six weeks, but it did not happen. It devastated Shannon and us as well. This was our daughter and we kept asking ourselves, “what can we do to ease her suffering and pain?” Shannon tried to protect us and never wanted us to see how bad it was, but we knew as her parents. We all cried and tried to hide our tears from each other. Many tears have been shed as we watch our daughter deal with this Beast that continues to rage its ugly battle every minute of every day of every month of every year. We have watched her try to do all she did in the past knowing life is vastly different for her and for us. We do not have the physical pain, but the emotional pain is so draining. We have watched our daughter robbed of the life she thought she would have and be robbed of so many other things. However, as painful as it has been, there have been many blessings with the greatest gift being our family growing closer and stronger. The saying “I have your back” truly applies with us as we will always have Shannon’s back and she will always have ours.

While the powerful inferno rages on, we continue to hope and pray that someday soon doctors will find answers to this beast and we can all breathe as the flickering RSD flames are finally extinguished once and for all.

Nicole Shelton Refuses To Give Up Her Life For CRPS

Posted On January 16, 2019 ~ 0 Comments
Written by Roslyn Hamilton for the RSDSA blog. Are you engaged in pursuing your dreams? Are you committed to your passion in life? I wasn’t…