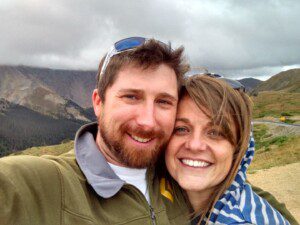 There are moments in which we realize our lives are changing, forever. Amy Marie Suss realized hers was changing a decade ago. Little did she know, this day would lead to RSD/CRPS and to becoming a warrior against pain.

April 30, 2007.  That was the day my entire world changed.  I was driving home from work when a 17-year-old kid blew a stop sign, going well over the speed limit, while trying to make a ninety degree turn less than fifty feet in front of me.

There was nothing I could do and I hit him — head on.

I remember bits and pieces from the rest of that day.  The sound of my car crunching into his and of the grass and dirt being ripped up, hitting the underside of my car.  The look of straight fear on the face of the woman who came out from a nearby building and realized that she knew me.  The tone of voice the officer had as he told me that I wouldn’t need my shoes again… most likely ever.  The sound of the helicopter landing on the hospital roof and the way the ceiling lights looked as I was quickly pushed down the hallway on a gurney.

These memories never leave me.  I carry them around day to day, and do my best to live with them rather than be controlled by them.  Most days, I do alright, but some days are hard… and others are downright miserable.

The nerves in my foot were damaged in the accident, and while I was able to walk again, my foot will never be the same as it was before.  In the beginning, there were so many doctors, so many office visits and tests, so many “experiments” and home remedies — but nothing helped.  The pain in my foot was constant and intense, but I couldn’t get any of the doctors I saw to understand.  After many, many doctors in many, many fields, repeatedly said that it was “all in my head,” things began to crumble around me.

I truly believe that the most damaging statement anyone can make to someone who is battling an unseen pain or illness, is one that implies that she is faking the pain she feels.

I was in the darkest of places — the fear of what lay ahead, the fact that I didn’t have any answers for what was wrong, knowing that others thought it was being “made up” in my mind, and the worry about how I was going to live in this much pain for the rest of my life without anyone believing me.  It was all too much.  And to make matters worse, the first anniversary of the accident was quickly approaching.

As I sunk deeper and deeper into depression, fear, and grief over the loss of my “old” life, my friends and family became determined to not let that happen.  Now, before I go any further, I need to say this: my friends and family are like no others.  We all tend to have a ridiculous sense of humor (some may call it odd or dark), but together, we call it hilarious.  Without them, I wouldn’t be where I am today — I can say that with 100% certainty.  Their ability to use humor and to love me as is was, and continues to be, what helps me through the roughest of days.

Out of that ability came a celebration to mark the anniversary of the car accident.  We lovingly refer to this day as YIDD, or “Yay, I Didn’t Die!” day.  YIDD is a very simple concept — take one day and celebrate the fact that I survived by doing something we might not otherwise have taken the time to do.  And that is exactly what we have done.  Year 1, a small group of us went out to dinner, trying a new cuisine. Every year since then, it has grown… we have participated in midnight bowling, trampoline dodgeball, bubble soccer, archery lessons, helicopter rides, laser tag, aerial arts lessons — the list goes on and on.

Every year, YIDD reminds me that no matter how bad the pain may get, I don’t have to do it all on my own.  It reminds me that I have people in my corner.  And because I survived when I shouldn’t have, I’m also reminded that I am a pretty tough lady. Most of all, it’s a day to remember that though my life has taken a different path than I’d planned ten years ago, sometimes “different” can be just as amazing (or even better) than you ever dreamed.

A little over two years after my accident, I finally found a team of doctors who gave my pain a name: RSD/CRPS.  That name meant there were options to help me deal with the pain.  Things finally seemed to be going in the right direction, which, in my life has always seemed to foreshadow an upcoming plot twist.

And, a plot twist there was — I was allergic to all pharmaceutical options used to help manage and/or treat RSD/CRPS.  You read that correctly.  All.  Long story short, I am allergic to one ingredient that most medications use and because of this, I had run out of options for treatment. I seemed to be sliding down that slippery slope of depression and fear again… until my spinal cord stimulator was put in.

I know there are many conflicting opinions related to the spinal cord stimulator — but my “battery,” as I call it, keeps my pain at a semi-manageable level, providing me with the option to live life the way I want.  Don’t get me wrong, it’s not a magic wand.  I still can’t wear socks, boots, sneakers, or heels… I can’t get foot rubs or pedicures… My balance is crazy and some days, a light breeze across my foot is enough to bring me to my knees.  But for me, having my battery means that despite all that RSD/CRPS can take away, I am still here to enjoy all the important things in life.  Things like taking my pups for a walk, laying in the hammock with my husband, standing in front of my classroom, hearing my nieces giggle, or simply just walking under my own power.  And, to me, being here for those moments make every second of the pain a little easier.

This April will be my 11th anniversary.  I have no idea what we will be doing to celebrate YIDD or what my future with RSD/CRPS may hold, but there are a few things I know, without doubt, after all these years:  I know that no matter what happens, I have people standing next to me to help me through;  I know that sometimes, you have to take things in small chunks — minute by minute some days, hour by hour others; I know that sometimes, my RSD/CRPS will “win” and I may have to skip an event, or change the way I do things, but that doesn’t make me weak or “damaged goods.”  If anything, my RSD/CRPS makes me stronger — because I am a warrior.

Posted On August 1, 2017 ~ 1 Comment
Written by Guest Blogger Sara We love to post uplifting stories about people living with CRPS/RSD. But, what about the moments where it is nearly…

SPPAN Tracking State Issues- How Can We Help CRPS/RSD?

Posted On April 18, 2017 ~ 0 Comments
This blog was originally titled "How SPPAN Went From Tracking A Few State Issues A Year, To Monitoring 1,900- And Changing the Rules in Several…