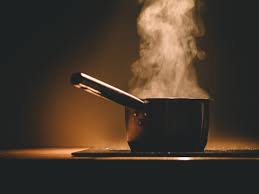 By An Anonymous Writer

My life truly changed when I was 23 years old. As I look back, I realize that I was in my golden years. I just completed my bachelors in Food Service Management from Johnson and Wales University. Even at a young age, I was interested in food so I decided to pursue my passion and turn it into a career. As a manager for Darden Restaurants, I led the region in guest services while also teaching other restaurants what practices I followed to ensure a great guest experience. I worked ten hour days, five days a week, and was on my feet about 90 percent of the time. It didn’t bother me though. I had a good job, a great girlfriend, and an incredibly supportive family so you could say that my life was pretty amazing. I was able to do everything that I loved and I felt like nothing could stop me. I was even looking to advance in my field which would have enabled me to grow as a person. The world was in my hands up until March 2014 when the world seemed to stop moving.

It was a Friday afternoon and I was finishing up the morning shift at the restaurant. I was standing in the front greeting customers with the hostess when an excruciating pain took over the lower part of my left leg. Unsure of what was happening to me, I began to panic and didn’t know where to turn. I was trying to remember what I had done that could have caused this pain. I was always running around, lifting heavy boxes, and never really paid any attention to what it was doing to my body. I truly felt invincible and didn’t think that anything could slow me down. I had no idea that my whole life as I knew it was about to change. To make matters worse, I had a terrible relationship with my boss. When asked how everything was going, I confessed to her that I was having trouble walking. Instead of showing any type of concern, she laughed in my face and continued on her way. I was already in a panic and felt so alone after that encounter. Hoping that the pain would subside, I continued to push through my management duties. My crew kept insisting that I go get checked out as they were watching me limp around the restaurant. After struggling for three days, I decided that I was time that I went to the doctor.

For about a month after the first incident, I had undergone every test possible. X-rays, MRIs, sonograms, bone scans, blood tests, you name it, I’ve done it. I went to physical therapy, tried acupuncture, had a bunch of steroid injections. Nothing helped at all. My doctor then tested me for a condition called Exertional Compartment Syndrome which normally rears its ugly head in car crash victims. All of my doctors had exhausted all of their options and this was the last thing that they could think of. I had tested positive. I was ecstatic that they had figured out the problem and I was one step closer to the solution. I just wanted to get better so I could go back to work. A month later, I underwent a successful surgery. Unfortunately, during said surgery, they found a split tendon that one of my prior tests had missed. They had placed me in a soft cast and I was unable to put pressure on my foot for over a month. The biggest problem, however, was that I still had that same pain in my lower leg. I knew something was still wrong. Everyone kept telling me it was just side effects from the surgery, but my gut was telling me differently.

A few months later, my doctor went in and repaired my split tendon. Yet again, the same pain that everyone kept dismissing was still apparent. The day before Thanksgiving of that same year, I fell off of a balancing device while at physical therapy. This fall caused me to sprain my ankle in the same leg and I was told that I would feel better in a week or two. I was honestly getting tired of being told that it would get better when it wasn’t getting better. It was really easy for someone to say this when they had absolutely no idea what I was going through. Despite my feelings, I continued to push through and remained positive as I was recuperating.

2015 rolled around and I was hoping that this year would be better than last. The pain was so severe that I couldn’t even put my feet under the sheets due to the sensitivity. My foot was so swollen that I could no longer wear shoes, even though I kept buying new ones to try and make myself feel better.  Crocs were about all that would fit me so I used those and my crutches to try and make a new fashion statement. I tried to remain positive and kept hoping that things would get better. During one office visit, I had two doctors examine me. I knew that something was up when they looked at each other and then left the room abruptly. Upon their return, I was told that there was a chance that I had RSD. ”What is RSD?” I asked. I have never heard of this disease before. My doctor told me that he wasn’t diagnosing me and that it was just a theory. He told me not to worry my parents, so naturally, I told them immediately. I still didn’t know what it was and couldn’t bring myself to do any research on this mysterious three letter word. I was so scared for what I might find and didn’t want to worry more than I already was.

In March of the same year, I visited a specialist to determine whether or not I had RSD. He examined my now purple foot and stated that I did, indeed, have RSD. He told me that he would perform a nerve block in my back. After being injected twice, my pain remained the same and on some days, felt worse. The next step would be for me to get an implant in my back. This was supposed to trick my brain into thinking that I was not in any pain. At 24 years old, this wasn’t at all where I thought I would be. An implant? This is insane! I hesitated at first but the pain was becoming too much to bear and I was desperate for a way out. Before being diagnosed family members thought that I must just have a low pain tolerance or maybe I was looking for attention. Some even thought that it was all in my head as I kept getting test after test and everything came back negative. I began to wonder: Was it? Am I losing my mind? At that point I didn’t know what was worse, the constant pain I was feeling or the fact that I might be on the brink of a mental breakdown due to what people were saying.  I even lost people who I thought were my friends. Its funny how when you are at your lowest, people who you thought cared suddenly disappear. Cliche, I know, but this experience has proved it to be true. Not knowing where to turn or who I could lean on during all of this made my journey even worse. I grew more and more depressed everyday and was just hoping that one day they will find a cure.

In August of 2015, an electric box was surgically implanted in my back. The pain after that surgery distracted me a little from the foot pain I was still experiencing. Lucky me, right? The good news is, I was able to start walking again. Physical therapy became a little easier, but the pain was still there. I was given a vast amount of narcotics to ease said pain. Friends and family cautioned me about taking these drugs for they are extremely addicting. This made me even more paranoid and depressed. Is this pain worth the risk? My body was screaming yes but my head was saying no. In the end, I caved. I couldn’t live every day with this pain and I still struggle up until this very day.  Although these narcotics do allow me to function, I am definitely not addicted.  I do see why people say and think what they do, but luckily I have an incredibly strong mental capability to just take them as prescribed even when my body screaming at me to take more to lower my pain.  I actually take less then my doctors prescribe just because I fear my body will become dependent and I will need to increase my dose. This was the last thing that the doctors could do for me. Anything else that may come up would be experimental.

Lets fast forward to today.  Since being diagnosed with CRPS of the left ankle, my pain spread my leg throughout my entire body. I also have tried numerous ways to make living with CRPS easier. My medications have changed consistently. I recently tried a new implant called a DRG stimulator which works with a special bundle of nerves in your back. Fail. The list also includes Ketamine infusions which is a highly dangerous street drug, medical marijuana, narcotics, physical therapy, mental therapy, meditation, even special shoes. Just a few months ago, I started a new diet called the auto immune diet, also known as, ‘you can’t eat anything’ diet. They even exclude basic seasonings! This is the worst for someone who has such a passion for food. I am willing to give anything a shot at this point so we will see what happens with that. This condition is incredibly debilitating. My mind is in a complete fog most of the time. I am constantly losing things, forgetting things, and hurting myself.

I have finally accepted that I have this condition and it isn’t going anywhere.  The only catch is, I can’t do too much for too long. After a few short hours, I need to retire to my bed for the rest of the day. I joined support groups with others living with CRPS as I try and find new ways to cope. Sometimes hearing another person’s journey can help me through mine. It also helps to express my feelings to people who understand exactly what I am going through. Over time, my family and friends have realized that this condition is serious and I am not in control. I am lucky to have their support though. They are honestly the only thing that keeps me going. I try my best to stay as positive as possible and do whatever I can to better myself. If I learned one thing over these past years, it is that health is really the most important thing in the world. All of the money in the world would not be able to change my situation. I know that there are people out there battling this condition with me and it’s not an easy battle. I just hope that one day they will find something that can either cure or ease our pain. Until then, keep fighting my fellow warriors. I know that I will never stop.

Posted On March 13, 2018 ~ 0 Comments
By Guest Blogger Gabe King "You come out of suffering sometimes scarred. But you come out, anyway, a stronger person...you become, yourself, a wounded healer."…