The Club No One Wants- The CRPS Club 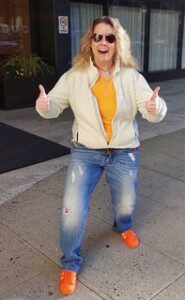 Jamynne details her life, from being a young shy girl, to becoming a paramedic that suddenly joined a club she never asked to be in- The CRPS Club. What has life taught Jamynne? What is to come for The CRPS Club?

Posted On June 13, 2018 ~ 0 Comments
By Guest Blogger Lorna Fortner This blog comes at the perfect time, as RSDSA has been asking the community for different treatments or things that…

Sing a Song- Getting Vocal About RSD This New Year

Posted On December 27, 2016 ~ 0 Comments
By Guest Blogger Shannon Leidig Everyone has a song to sing, with every song being our own stories. Shannon writes about her song, what it…

Posted On November 29, 2016 ~ 0 Comments
By Guest Blogger Alessia Zen A story of living with CRPS (the struggles and triumphs), the hope for the future, and what the community truly…