Published on January 10, 2017 under Research and Development 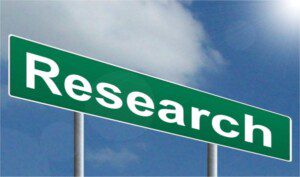 In research funded by the RSDSA, scientists at the University of Bath in England are investigating a new treatment for CRPS that targets perception of and attention to the affected limb and surrounding space.

People with CRPS often report that the size and shape of their affected limb feels different to its true size or shape. People with CRPS also show changes in their attention to the affected limb and surrounding space. These changes to body perception and attention are reminiscent of symptoms that can arise after damage to certain parts of the brain. It has been suggested that pain and other symptoms of CRPS might arise as a result of errors in brain signaling about the shape and location of the affected limb. If this is the case, then it could be possible to treat CRPS using therapies that restore normal body perception and attention.

Dr. Janet Bultitude, a Lecturer (Assistant Professor) at the Centre for Pain Research and Department of Psychology at the University of Bath, is leading a team of researchers to investigate a new type of treatment for CRPS of the upper limb, called sensory-motor adaptation. Sensory-motor adaptation has been used for almost two decades to treat problems with perception and attention that occur following brain damage. The treatment takes only five minutes twice a day, and involves making simple movements while wearing goggles that distort the vision. Preliminary research at three independent research centres has shown that sensory-motor adaptation reduced pain and other CRPS symptoms in a total of thirteen patients with CRPS of the upper limb. Although these results are highly promising, since these studies did not compared sensory-motor adaptation to control treatment conditions it is possible that the benefits that were observed were due to some factor other than the treatment of interest. Dr. Bultitude and her team are taking the next step in investigating the potential of sensory-motor adaptation as a CRPS rehabilitation tool by conducting a double-blinded, randomized, sham-controlled trial of the treatment method.

They will recruit up to 52 people with CRPS of one upper limb who live in the United Kingdom. Participants will undergo two weeks of either real or control sensory-motor adaptation, which they will perform in their own home. Comparing the effects of real sensory-motor adaptation to a similar control treatment will be critical for learning whether sensory-motor adaptation has true benefits for CRPS patients. This research has the potential to significantly improve outcomes for patients with CRPS by offering a new treatment, and by discovering more about the relationships between body perception, attention, and physical CRPS symptoms.

To find out more about the study and to learn about eligibility, interested persons can contact Dr Janet Bultitude (j.bultitude@bath.ac.uk) or Ms Monika Halicka (m.halicka@bath.ac.uk).

Posted On January 10, 2017 ~ 0 Comments
Pain Reduction by Inducing Sensory-Motor Adaptation: CRPS PRISMA Trial In research funded by the RSDSA, scientists at the University of Bath in England are investigating…

Posted On April 17, 2015 ~ 0 Comments
Pain is a more terrible lord of mankind than even death himself. - Albert Schweitzer. Too often, life changes on a dime as my…

Current and Future RSDSA Initiatives on Behalf of the RSDSA Community

Posted On July 2, 2015 ~ 0 Comments
Current and Future RSDSA Initiatives on Behalf of the RSDSA Community By Jim Broatch, RSDSA's Executive Vice President, Director This month, RSDSA is partnering with…