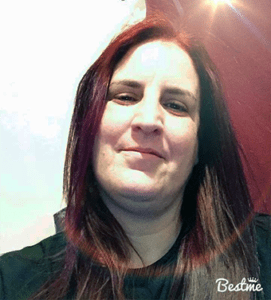 Manchester, NH, October 2018 – Former New Hampshire State Representative and Civil rights Advocate has been diagnosed with Complex Regional Pain Syndrome (CRPS) Type 2. It is a disease that affects only 200,000 people in the United States according to National Health Statistics and the National RSDSA organization based in Connecticut.

I’m a strong woman who is an accomplished award-winning published author, strong advocate for the rights of women to care for themselves, and a two-time cancer survivor. I hit my mile marker of five years breast cancer free this past September. I’m a strong advocate of promoting greater CRPS awareness to ensure early detection especially after being diagnosed with CRPS Type 2, the rarest form affecting approximately 7% of the 200,000 people with CRPS.

When I learned of my diagnosis, “it was devastating, at a time when I should have been celebrating my success over breast cancer, here I was facing a serious unknown that can carry serious long-term ramifications. I knew I had to learn and get up or this thing would rule my days and nights.” Determination took off from there and within two weeks of diagnosis, I as already in touch with the RSDSA Organization and using information from their web pages and administrators.

So, you’re probably wondering how I developed CRPS. Well, please allow me to tell my story.

I was 42 years young and an active Emergency Medical Technician (EMT). I had just finished also serving four years in the New Hampshire House as a State Representative. Having ended my tenure as the Vice-Chair of Commerce among other things, I had a full plate and a lot of stress. I liked having many jobs, the more I had to do the less time I spent at home.

I had a routine mammogram on my birthday and remember taking a picture of the purple gown, ‘opening in the front please” and joking around about getting my boobs “squished”.  I was not ready as if anyone is to hear that I had breast cancer, Invasive ductal carcinoma stage 1 er pr positive and hers2 negative. I was “lucky” they said. I had the “good cancer”. Then they found a second location under the nipple and that gave me two options, lumpectomies with a 20% risk of re-occurrence, or a mastectomy. I chose the latter, had a tram flap reconstruction and what had been a healthy body walking in, was wheeled out barely able to walk. Two surgeries later, I would start down the road of post mastectomy syndrome (PMPS), and find myself with CRPS type 2 with a possible nicked phrenic nerve with a lot of nerves severed throughout my chest, a “fix” not in the cards for me.

I had been on the strong medications and it was awful, I felt out of it and unable to enjoy life or even remember most of it. I walked around in a haze and fell way too much. I got off the meds and changed my eating habits, learned to take it easy. I learned that I had to respect my body and know when it was better to stay home then risk it. To “get used to pain” to try to tolerate higher amounts of it, because this is for life and once you start down that road of stronger meds, it only grows in my mind. Perhaps I am wrong, but I fear that and that alone says don’t take them. I am set up for failure by my own fear of the medications and what they could do. I’m not liking the pain but at least I can enjoy aspects of life.

I have good days and bad days. One day I may be walking well and using the cane. The next day I might be using the power chair to go the bathroom from my bedroom. My place is not that big, but the steps hurt so much I can’t stand it. At least if I use the machine I can get to the bathroom and spare myself the indignity of having an accident. It’s embarrassing and at my age awful to have happen. I am blessed to have a supportive boyfriend who doesn’t care what needs to be done, so long as it is done, and I do not suffer.

Support is so important, and I have to say my son has also been great. It is strange when you have your “child” giving you their opinion on what care you should seek and how much research they have already done to understand what is wrong with you.  Sometimes I think he knows more than I do. It’s reassuring that he understands and thanks to growing up with an EMT for a Mom he has a very good understanding of EMS, and many medical issues and jargon. I truly believe he could pass a medical terminology test with no issue at all, perhaps even challenge a basic EMT exam, at the very least a first responder. He was 15 months old when I started out as a nursing assistant. As my career changed he saw me study, heard me, and at times held me, when I came home from a bad call.

Currently, I’m very good at appearing to be a strong independent woman who some feared, yet I lived in terror. I feared going home to an abusive husband who often wished me dead. I became defensive and increasingly suspicious of others as the affects of living in fear became out of control.

There is something to be said for learning coping skills and being able to admit that yes, I suffered long standing traumas that led to Complex Post Traumatic Stress Disorder. I have no shame.  That belongs to the adults in my abusive childhood, and the husband who promised to love and protect me, but who I grew to fear the most would kill me, as he screamed “hurry up and die bitch”. At times I would sleep in the closet waiting for him to pass out from whatever it was he was “only” drinking that night.

Here I sit a survivor of many things but a warrior against CRPS. No one should suffer with what is called the “suicide disease” or the “most painful known to man” disease. We need more studies, more treatments, a cure! There needs to be better options for pain control, muscle spasms, intestinal issues, and all the other areas that this horrible and debilitating syndrome affects. There are days when I can’t get up out of bed without a struggle. Sometimes, I think I am good and then I try to climb the stairs and realize if leave the house, I will never make it back up the stairs.

No one should have to live this way, the only way to change that is to support RSDSA, by speaking up and encouraging more research so that we are left behind because we are the unlucky few. CRPS doesn’t care if you are a child or an adult, if you are black or white, it affects all races and ages, so please, join the fight to end CRPS and our suffering.

The Role of the Physical Therapist in Treating CRPS/RSD

Posted On February 20, 2019 ~ 1 Comment
Written by Christina Price, PT for the RSDSA blog. I am a physical therapist, working on 28 years of practice in Colorado. My first memory…

Posted On October 8, 2020 ~ 3 Comments
Written by Rocky Odell for the RSDSA blog. I am but one face in pain out of millions My name is not important. However, my…

Posted On April 24, 2019 ~ 0 Comments
Written by Tatum Bunnett for the RSDSA blog. “Baby steps” has been my motto for half of my life. At the age of nine, I started…