Published on April 17, 2015 under Memorial Fund 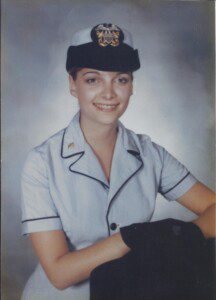 Pain is a more terrible lord of mankind than even death himself. – Albert Schweitzer.

Too often, life changes on a dime as my pastor frequently tells our congregation. Just ask any person suffering with CRPS when they developed CRPS/RSD and they can immediately relate the date and time. So it was with Cynthia Penaskovic, a vibrant naval pediatric flight nurse who developed CRPS/RSDS 25-years ago after a car accident in southern California. Her doctors at Scripps Torrey Pines in San Diego called it “one of the worse cases of widespread RSDS they had even seen.”

Joan Penaskovic, Cynthia’s sister spoke of her subsequent “solitary life spent creating exquisite beaded art which she often donated, until she could no longer hold the threads. She was blessed with extraordinary grace and courage, providing loving support for her widowed mom, family and friends, when she was the one in dire need.”  Sadly, Cynthia lost her 23-year-old battle with CRPS in November 2013.

Joan Penaskovic and Veronica Meyers, Cynthia’s mother wrote to RSDSA to inquire about establishing a Cynthia Penaskovic Memorial Fund. Cynthia envisioned a fund that would “serve as a lightning rod for CRPS/CRPS Research Only so that “no one would ever suffer the way I did.’  The RSDSA Board of Directors unanimously accepted a very generous donation to establish The Cynthia Penaskovic Memorial Fund. It was stipulated that the funds would be donated to promising laboratories and scientists through fellowships and grants targeting research for a cure.

Joan Penaskovic asked us to encourage the CRPS community to join in this effort. Her simple plea is, “Do not let Cynthia’s suffering be in vain. It was her last wish to help drive funding for Research 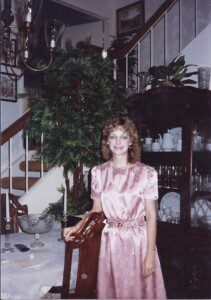 and with your help we can cure RSDS/CRPS. Donate now.”

To donate to The Cynthia Penaskovic Memorial Fund, visit https://rsds.org/donate/ and give generously in Cynthia’s memory (make sure that you write in memory of Cynthia in the box on PayPal’s second page) or in the memo line of your check.  Thank you for your generosity.

CRPS Awareness Day 20: A Step Towards the Future

Posted On September 15, 2015 ~ 2 Comments
Written by Jennifer Jones for the RSDSA blog. After being diagnosed with RSD in 1997, my career had been forfeited and replaced with playing the…

Do Whatever It Takes to Find a Cure

Posted On November 18, 2019 ~ 0 Comments
Written by Melissa Uchic for the RSDSA blog. How and when did you develop CRPS/RSD? My initial injury is more of an educated guess between…